Living with mistakes – A Poem Written by Shakil Kalam 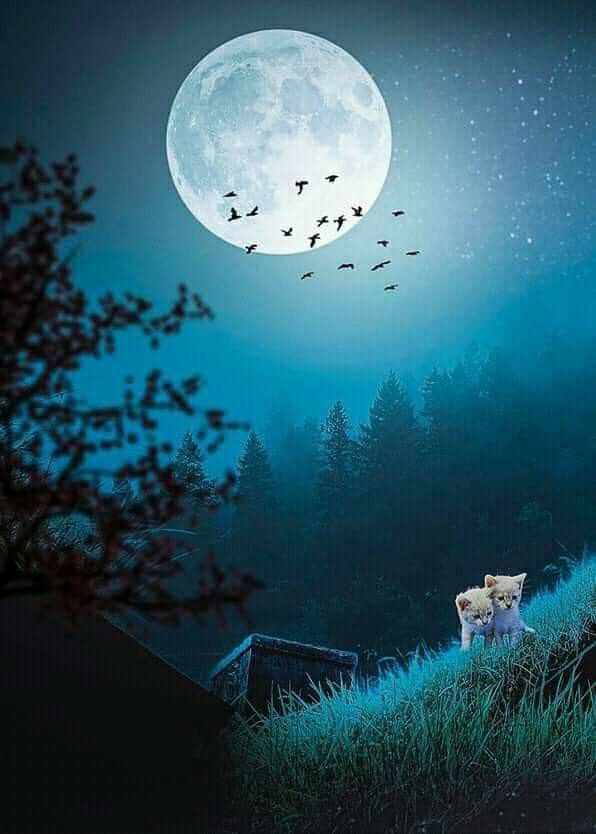 Yesterday was my firefly’s night
The fifteenth moon was spreading, shining like milky-ray.
In the land of fairy tales, the story of fairy tales has been cultivated
The whole world was full of the fragrant scent of Night-queen and Bakul.
I floated in the air in my swing of dreams of chaotically Chandramukhi dances –
From Tiger hill to sevenpic – away far distance,
Red and blue fairies were calling me in their pearl-white fairyland
I have avoided themselves and twisted my legs cause you will come.
I have spent Thirty-three and a half dreamy night of spring
Waiting for you, the brightening full moon night too.
You told me, you will come to the flowering day of next spring to keep the witness of blue-sky and catkin.
The day of dizziness has passed by counting the days of my spring.
That spring has passed, and no spring has come yet
I am now very tired and numb as I count the hours
I spend sleepless nights; both eyes are waking up and the waiting is counting down.
One golden morning the news came that Sarothi has left;
In his desired country; in the dreamy-land; they have left together.
The blue sky is calling me with two hands, come on.
Shakil Kalam
Image: Credit to the Owner
0 42
Share FacebookTwitterGoogle+ReddItWhatsAppPinterestEmail

Get real time updates directly on you device, subscribe now.

Luzviminda Gabato Rivera is an award winning and best-selling author from the Philippines. She is a researcher with multiple awards, excellent international research journal reviewer, external panel member of thesis and dissertation committees, presenter of researches in various national and international conferences and has published researches in journal and online proceedings.

She is also a world inspirational poet and she was recently honored by Sahitya Akademi, Gujarat - India for her efforts to empower literature globally.
In addition, she is also a multi-awarded nurse by profession at Department of Education – Tarlac Province, Philippines, a fluent speaker of six languages and member of City of Angeles Toastmasters Club (CATMC).

She is also a licensed teacher and teaches research and nursing subjects on a part-time basis in Tarlac State University, Philippines and finished her post graduates courses with academic distinction and academic excellence award like the Doctor of Public Administration (her 6th degree) and took up units leading to a Bachelor of Law.

As an excellent international research journal reviewer, she is an editorial board member of the following journals: Trends in Food Science and Technology (an official journal of the European Federation and Food Science and Technology (EFFoST) and the International Union of Food Science and Technology (IUFST.) ,United Kingdom’s EC Nursing and Healthcare, India’s Current Research in Nutrition and Food Science wherein she was awarded an excellent reviewer from 2017 when she started and up to present and also maintains her standing as the top reviewer of the latter. She was also requested to join the editorial board of the Food and Nutrition Science Journal based in Kansas, London Journal Press of London and Biosciences Biotechnology Research Asia based in India . Furthermore, she is an external panel member in thesis and dissertation committee of Tarlac State University where she takes pride to share what she has learned in her journey as a researcher

Her poems were being published by Spillwords Press based in New York, Indian Periodical and Bharath Vision Web Magazines based in India, The Jasmins and Love Collars- First Poetry Encylopedia in Tunisia, Africa, Poetic Galaxy Atunis Magazine based in Belgium, USA , Our Poetry Archive (OPA) based in Romania, AZAHAR Magazine based in Spain and other International E-Zines and magazines.

Her books were: A Gift I and A Gift II -Rank 1 Best Seller in Amazon with her 71 poems and translation of her poem, A Gift – 5 series into 23 local and international languages and she published Crossroads: A Poet’s Life Journey - Rank 1 Best Sellers in Amazon (An Anthology Project of Motivational Strips - The World's Most Active Forum composed of 83 World’s Best Poets. Currently, she is writing three books, A Memoir of Love, Poets Unify World and A Gift III to be released on August, September and October, 2020 respectively. She is also one of the contributors to the best-selling anthologies of BREAK THE SILENCE by Brenda Mohammed based in Trinidad and Tobago and other anthologies namely: ROBAROO -Vol. II by Critical Space Journal Poetry Anthology by Evincepub Publishing based in India and CORONA- SOCIAL DISTANCING : A Poet for Humanity and the Heart of the Poet of Inner Child Press International based in USA.

On April 2020, after two months of being a member of Motivational Strips – The World’s Most Active Writers Forum, she was appointed as a moderator for Philippines Office and days after she was awarded with a golden badge for her poem, “In the End.” She was also elevated to Gold Category Honour as membership. On the same month, she was awarded by the Waheed Centre for Humanity and Humanitarian Development (WCHHD) from Ghana, Africa as WCHHD Literature Ambassador and on June 5, 2020, she was awarded the ALTYN KALAM – GOLDEN PEN by World Nations Writers’ Union of Kazakhstan. On July 6, 2020, she was awarded as the first recipient of the Waheed International Humanity and Humanitarian Cabinet of Fame and Awards as the Most influential Poet, Author and Social Advocate. On 15th August 2020 Motivational Strips and Gujarat Sahitya Akademi under State Government of Gujarat honored her Literary excellent on par with Global standards.

Currently, she was promoted as Administrator of Motivational Strips and she is one (1) of the four (4) approving editors of Bharath Vision website magazine based in India.

My Heart Laments – A Poem Written by Kamrul Islam

JUSTICE: A Far Off Dream – Poem By Mousumi Kalita…

Voice Of A Woman – Poem By Dr. Farah Naqvi

I CELEBRATE YOUR PRESENCE – a poem by Mousumi Sachdeva